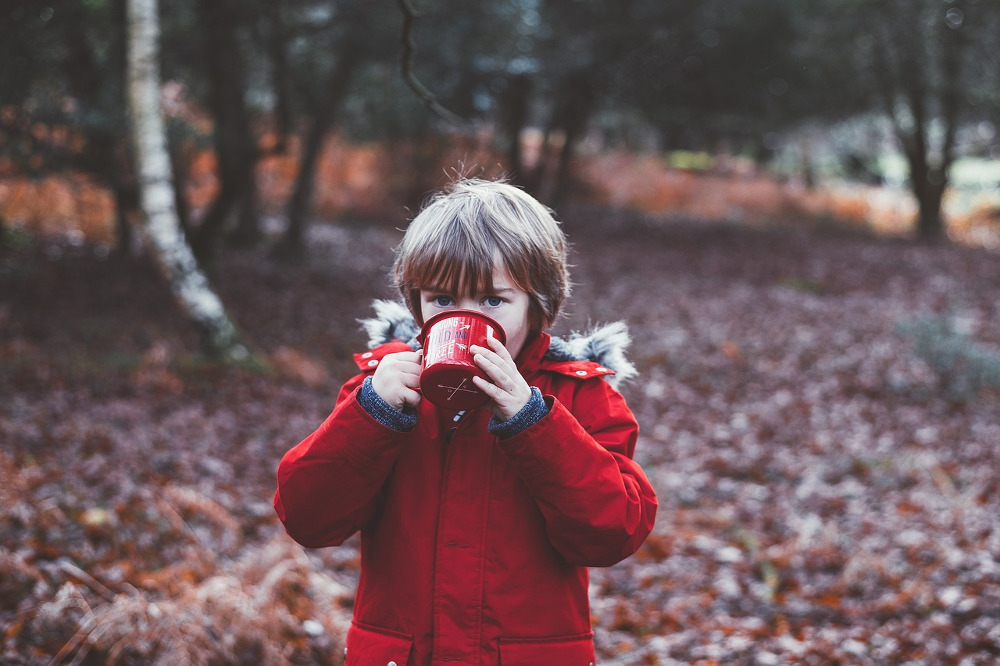 You grab that much needed iced coffee through the drive-thru, and you have a child in the back seat who is begging you to have a sip. Should you let them, though? Is it really a bad idea to let kids drink coffee? To best answer the question, we should look at what goes into coffee and come to the conclusion together.

The Real Question: How Much Caffeine?

As we all know, coffee contains a stimulant, which we all know as caffeine. What many people do not realize is that caffeine is part of the methylxanthine class (say that ten times fast), which is a central nervous system stimulant. Caffeine is legal and unregulated in almost all parts of the world.

Unlike countries such as Canada, which has a max limit of 45mg per day (this amount is equivalent to the caffeine in one can of soda), there are no standards in the US for caffeine intake in kids. That means you need to be extra careful in how much caffeine your child is having and from what foods or drinks they’re getting it from.

If you are looking for a “pick-me-up,” for alertness and focus, caffeine is good in small doses. However, when one consumes too much it can lead to several side effects including but not limited to: insomnia, jitteriness, upset stomach, difficulty in concentrating (hyperactivity), increased heart rate, poor appetite regulation, and increased blood pressure.

Like coffee, soda and energy drinks can have similar amounts of caffeine which, again, is okay for adults in lower levels. But the amount of caffeine needed for a “pick-me-up” in children is much lower and the symptoms listed above can occur after taking in only a small amount.

As many of us know, when we drink coffee, we usually have to pee shortly after. That is because caffeine is a diuretic, so be cautious if your child has had a sip of coffee and then goes to play outside.

The recommendation per day for caffeine in adults to avoid experiencing any negative side effects are 200 to 300 mg. If you choose to let your little one indulge, it is wise to stick to half of this amount to be on the safe side. Caffeine tolerance widely varies from person to person.

It’s common knowledge that candy bars have a lot of sugar in them. Caffeinated drinks like sodas, energy drinks, and that iced coffee you like have the same amount of sugar as that candy bar in addition to lots of empty calories. That’s why neither of those caffeinated foods and drinks are not recommended to have daily, either for adults or children.

A little milk in coffee is okay and in some cultures such as Brazil, children are given coffee with milk at an early age to go with their breakfast, as well as caffeinated iced tea. However, as we mentioned before, too much of a good thing such as sugar ends up not being a good thing! Lots more added cream and sugar gets added into the 20-ounce cappuccinos, mochas, lattes, and other favorite coffee drinks we know about, with even more added sugar syrups, whipped toppings, caramel and chocolate sauces, and different creamers. It’s this daily drinking of these types of coffee that results in negative health effects such as obesity and tooth cavities.

Other Effects Worth Mentioning

Coffee is addictive because of the caffeine within it. This means, once addicted, and you do not get your morning fix, withdrawal symptoms such as irritability, lack of concentration, and dizziness to name a few are very real.

Let’s go back to those caffeine consequences like decreased appetite and cavities. Since coffee is a stimulant, many are not hungry after consuming it. This means your child would likely react the same way, and since growing children need a balanced diet to grow up healthy, unrestricted cups of coffee that exceed the recommended caffeine and sugar levels should not be in their daily routine. Not only do the sugars in fancier coffees cause cavities, but also coffee itself can cause teeth to stain and become yellow since it is an acidic beverage. This is especially so in children, as they are more prone to cavities than adults.

We can all agree we would prefer to avoid caffeine addiction in our children. Ultimately, it is up to the parent to decide what age they will let their child start drinking coffee. Experts go between as young as 12 and as old as 18.

Many parents have claimed that coffee and caffeine stunts a child’s growth. However, this is a myth. No scientific studies have been able to prove that this idea is even true.

So, What’s the Answer?

If we are talking about a sip of your drive-thru iced coffee or freshly brewed morning cup here and there, then it is okay to give your kid a few sips. It’s when a few sips turn into having their own giant cup of coffee daily and they’re under 12 years old that makes giving them coffee a bad idea. That being said, giving your kid a candy bar or soda instead of coffee can lead to greater health risks such as diabetes and childhood obesity.

With all this said, you are the parent, so the decision is up to you. But it’s good to be aware of what coffee can do to yourself as well as your child, as well as understanding it beyond the first sip.

Find out why we call ourselves “The Coffee Specialists.”